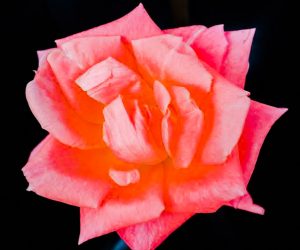 I have previously written some articles about my experience and awareness of my grief surrounding my mother’s death on 5 June 2018. I did not write about the experiences I had which were positive and comforting surrounding her death so this is what I am attempting to do now.

Preparing My Mother for Burial

I had finished a three hour civil law and litigation exam when I turned on my phone and it rang. The caller was one of my brothers who had rang to tell me that our mother had just died in hospital.

I couldn’t believe what I was hearing from him. He kept talking, stringing words together, and explaining how doctors were responding to her through the  treatments and what the doctors were observing which led to them trying to resuscitate her and that they were not able to revive her.  I was half listening to him. I actually thought he was making the entire scenario up to make me feel guilty and that he was punishing me through a painful monologue that I just wanted him to end.

I think I interrupted him and told him that I was going to see her on Friday.  I was pretty wild on the phone to him and so he put another family member on the phone to confirm that what he was saying was true.

I had the information repeated to me again several times and I asked a lot of questions on my way over to the hospital. I was registering this information.

I arrived at the Gold Coast University hospital and went to the intensive care unit. Before I entered the room, I saw her perfectly still body propped up comfortably in the hospital bed. Her body was incredibly swollen and when I saw her face she looked like she had been through the fight of her life. She looked exhausted and stressed.

The lights in the intensive care room she was in began to flicker when I walked into the room and headed over towards her. There were family members and a priest in the room already with her and they commented about the flickering light. The light was in the background of my mind as I walked over to my dead mother to shake her awake. I ran my hands over her body quickly, I was searching and touching her for a sign of life. It seemed strange that I did that but I did.

Not long after I was searching for some kind of signal of life, I distinctly felt her without touching her. I felt her presence outside of her body and standing near some family members. The closest/best description I can give about her spirit is that it was neutral and calm. I saw this shape move and at the same time it was still and invisible which is not possible I know but that’s what I experienced.

It was not something I felt fearful or anxious about because it was radiating neutrality. I could see it but it was as if there was some other way of seeing I was tapping into.

It was not an imaginative process but some other way of seeing.

After I spent some time with her we all left and it was explained that she would be transported to the funeral parlor.

I went to the funeral parlor the next day to discuss arrangements and chose an ivory coloured coffin because my mother did not like dark colours. She believed darkness was hell. She would joke that there is enough to be depressed about in life and even after life without wearing black.

After going through arrangements I instinctively requested that I be the one washing her body, shampooing and styling her hair, dressing her and preparing her for her send off.

I remember just looking forward to spending time alone with her and caring for her.

Before I could do that though I had to decide on what I would dress her in. I picked a few dresses she had but decided on going to my place to choose a dress she gave me that I never wore. I know she loved that dress.

Her energy, or some kind of spirit, was in her body the following day when I went to prepare her.

She felt completely different dead to how I experienced her dead when she was in the hospital.

Her face and body was significantly more relaxed. She was on a mortuary metallic tray and there was a head rest for her. I wheeled her to where I could wash her. I brought her own body wash, shampoo, conditioner and hair treatment as I thought about all that and wanted her to enjoy the experience.

I spent hours alone with her washing her hair, drying it, straightening it and then curling it. I did her make up and used the equipment, an electric lever of some kind, to lift her up and shift her into the coffin with the assistance of a funeral director.

I removed her nail polish, even though it was not chipped, to match the dress I put her in. She looked radiant, lush, so peaceful, and there was a smile on her face when I finished.

I wasn’t planning on showing her to anyone until the church service in her church the next day but the funeral director extended an invitation to me to invite others to see her and said he didn’t mind staying open later, it was night by this time so I did.

He loved his work which was evident to me in the manner he cared about the experience he was facilitating. Family members came to this last minute notice and remarked how she looked completely different to how she looked when she was in hospital. They all noticed her smile and felt the warmth of her hand.

The next day, the church service was in an orthodox church and the priest was agreeable to all of the requests I made. One of the requests was to have an open casket despite this not being customary in that particular church. He discussed his concern about how some of the church members may react.

I did not want to alarm any of the members so he suggested we first have a viewing discreetly in a room which would then allow the information to flow that she would be moved to the front of the church in the open casket and remain thereafter until she was moved to the hearse which would take her to the cemetery.

During the visitation and at the service, people spread the word that she looked like she was sleeping and so everyone went to see for themselves how fabulous my mum looked. I have sent photos to her friends who requested I forward them a picture of her in her coffin.

I believe that my participation by preparing her for burial and the time I spent alone with her was incredibly comforting and a wholly positive experience.

It was not about manipulating my reality to alleviate or absolve myself from guilt of my not being there when she died, it was about a desire to honour her and give her dignity in death.  It really struck me as bizarre, since we will all die, that we are only around death for a few hours for 2 or 3 days at most and must then dispose of the body of a loved one.

I thought it interesting that we think of ourselves as a progressive society yet have not turned our minds towards doing death differently.  We limit our time around the dead and are ultimately focused on literally burning or burying bodies. All of this implanted the following question in my mind; how can we have the dead preserved and live among us?