We grow small trying to be great.
E. Stanley Jones 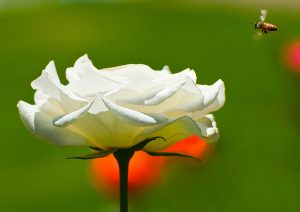 When I began to write this piece, which I stopped and started more times than I can accurately remember, I wrote it with the honest belief that the primary subject matter I was writing about was artists. It wasn’t until I was driving my writing in the direction of the “glorious”/not so glorious grand finale when I realised that I wasn’t actually writing about artists per se, at least not artists in the conventional capacity of a particular class, type or category of people. I was writing about our choices, I was writing about our creative energies as people. And the more I connected with that rationale, which I interpreted to be a lovely little nugget of truth, a whole truth, and nothing but, the more I found myself organically willing to get swept away and enmeshed with another perception. I became engrossed with the concept that every single human-being on this planet is already an artist, a creator, a doer, an activist, a political entity, and so much more, depending on what their relationship or engagement with their external environment is. It seemed to me that if we as people are creators and activists than not creating or not doing “something” can only be an expression of “something” in and of itself. Every single one of us is making or leaving our mark in the world in some manner or form and this occurs irrespective of what any of our preconceived notions of whether or not our “mark” is significant or insignificant, appropriate or inappropriate, acceptable or unacceptable.

Whenever we are driven to create or represent that something, that part within each of us that wants to leave our mark, it is our intuition which is spurring us into action. Whether those urges which are driving our actions are serving us or allowing us to be of service to others is another story. Not everyone is guided by the same intuition, and ego is one element which can distort or confabulate intuition. There is no question that our world would be a superlatively jollier, fairer, and more just place if we were all committed and guided by principles that do the least amount of harm to ourselves and to others. Much of these angles are covered adequately through various theological and philosophical doctrines which I believe contain valuable and solid truths which endure relevance to today’s world. I struggle to imagine or picture anything better than or more needed in our changing world than people who choose to lead and be guided by kindness and compassion. Leaders are all of us, and each of us can conscientiously choose to be more mindful and to do the least amount of harm to others as humanely possible. That is a creation in and of itself.

With all of these reflections swirling around in my mind, and I find myself more partial to swirly and reflective thoughts as I become more immersed and aware of the reality that the year is ending or nearing a cycle of new beginnings, I am still not convinced and don’t subscribe to the belief that we are as damned, doomed or as beyond redemption as the propaganda that gets infiltrated though our multi-dimensional media platforms would lead us to believe. I find that kind of negative propaganda uninspiring, self-serving, and highly questionable. Not that terrible things aren’t happening in our world, in our own backyards even, but focusing so blindly on our fear, or believing in a projected fear that others are holding onto so dearly, is a self-fulfilling prophesy. That kind of thinking is self-torture which I find not very alluring and without any belief or conscious effort directed towards sustainable and viable solutions which counterbalance ugly truths in life, people are robbing themselves and others of experiencing all the abundance and joy that saturates our universe already.