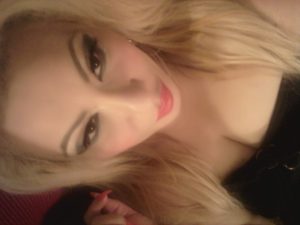 Being Different is Not the Same as Being Difficult

When someone is different, or we think of someone as different, what we are really saying is that the other person is not like us.

We might think that they are different in some aspects but not others. For instance, when people have a religion or a spiritual belief system that we do not follow, know enough about or believe in, we can identify that their beliefs are not the same as our beliefs.

There certainly can be similarities or shared ideologies between religions or spiritual belief systems.

The differences however are things we can identify because they deviate from our own beliefs.

If, for instance, my God says killing is wrong full-stop and your God says it is acceptable in some circumstances, then I am probably not going to like that concept very much because how can I be sure that your ‘God’ isn’t going to allow you to harm me or the people I care about?

Using the theology of religion and ideology of politics as an example, a few years ago I was in a class during my political science degree titled, ‘Making of the Modern Middle-East’ and I had this tutor who was Jewish and the class was almost entirely fully Arab with a sprinkling of Anglo’s. There was a lady in the class named Fatima. Fatima just so happened to be wearing a hijab and was modestly covered. Fashion aside, we were all in class discussing the rise and expansion of Islam in the Middle-east and throughout the globe and the subject of Islam being a religion of peace was raised by Fatima.

I had a view about this. I was trying to be tolerant, because that is the expectation and social contract I was born into and raised in a democracy, but on the other-hand, it is challenging to be tolerant of some religions, and some might argue all, that have been culturally infused to take the patriarchy to the most dizzying insidious heights imaginable.

How does one compromise with this harrowing situation? All I could come up with was some cheeky feminist stirring to generate some discussion. I playfully said that I had hopes for a new Islam in the future where women could have multiple husbands too. Fatima was adamant when she said that it was impossible for one woman to have multiple husbands as it was the job of the man to take care of the woman.

I expressed that I understood entirely and had no issue with that and could start immediately with two men and see how that went.

Fatima said my experiment would not work because of the jealous nature of men and I said that this was not a reason why it could not work because women get jealous too and if they can live in the same home or be close by or whatever, then so can the men, so what other argument was there that she could give me? I asked, “Fatima, why can’t women have the same freedom that men seem to enjoy?”

Fatima had the answer, “Oh the reason that is allowed in Islam is because long ago men died in wars and it was unfair for the widows and children to be left in poverty without a provider and so the men married these widows out of charity and took on the honorary role of being providers.”

It didn’t escape my notice that she didn’t even mention child brides, dowries, being forced to accept other women into households, no longer being supported but abandoned, and the ones who were abused had to stay silent or risk being accused of unfaithfulness and stoned to death in honor killings.

I said my piece. It seemed the people in the class were not in favour of such practices and some of the men after class came up to me to show me pictures of just how old their wives were! One guy who was majoring in accounting went on to say that ‘My wife is Syrian and has a degree in medicine! Medicine! She is smarter than me!’ I did not doubt him.

It wasn’t all doom and gloom, I had some compliments/suggestions that if I did not mention my funny thoughts I could still get myself a good Muslim.

I really wanted someone to just say, “That’s a great idea about women having the same rights as men and I will tell the Imam en shalla soon.”

But that’s probably not going to happen and to be honest I don’t really know how much time I could devote to this groovy Islamish cult if people were to say what a great idea that was and sign them up. Progressing a new Islam at this juncture of my life just seems like a lot right now.

Fatima was encouraging and said, “A woman could not handle having so many men.” And that’s where I told Fatima that I would convert to Islam in a heart-beat if I could have 7 different blokes a week in holy matrimony, out of principle, just to advance the feminist cause and stop all the patriarchy at once!

After class Fatima said she liked me and wanted us to be friends, even though I was different to her, but all she really heard was, “I would convert to Islam..” and forgot the rest of my condition precedent which was just one at that point, and the only foreseeable reason I would convert, for the good of dismantling the patriarchy and shattering the invisible glass ceiling!

I haven’t done specifically much to advance the Islamic feminist cause apart from giving a lecture to lecturers at a university about FGM (female genital mutilation) which was enjoyable according to feedback, and everyone did ask for a visual diagram of the different types of FGM practices, statistics from around the globe, and other things academics respond well to. I felt far too noble, I could literally feel my ego growing as I spread awareness that FGM was not part of Islam but was culturally indoctrinated into the religion. It felt as if I finally understood what tolerance was and that my education was not in vain.