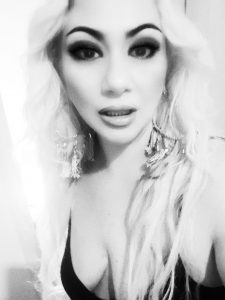 “Avoiding danger is no safer in the long run than outright exposure. The fearful are caught as often as the bold.”

An unpleasant emotion or thought that you have when you are frightened or worried by something dangerous, painful, or bad that is happening or might happen.

What causes fear is our perception. We can perceive something as being dangerous or threatening to us, which, in turn, manifests through behaving in ways in which we seek to obliterate, avoid, diffuse, or mitigate whatever the perceived harm is. I have come round, more and more, to support the notion that acceptance is a critical component to conquering or dissipating that unpleasant emotion we call fear.

Fear can be real or imagined. It is oftentimes either a response to something occurring which poses immediate harm or it can be something that we think might happen at some point in the future, or even in the now, which we imagine to be dire to us.

One of the things we fear is disease, especially any type of disease which is incurable, because an incurable disease leads to our greatest fear, which for most of us, is death.

Cancer is an example of a disease that most of us fear because it is a disease which has been directly linked to death.

“It was Cancer that killed her.” “She got diagnosed with Cancer and a few months later she was dead.”

However, if we perceived Cancer without fear, we could embrace the perception that not all Cancers cause death.

The facts show, what has been noted, is that “Cancer at an early stage doesn’t usually kill you.” Cancer Research UK 2020.

I have conducted brief independent national research into Cancer and what strikes me as very interesting about this disease is that there is so much medically unknown about what actually causes Cancer. Some of the research illustrates smoking, exposure to radiation, asbestos, and dietary influences as factors which have correlated to a Cancer prognosis.

I looked at the Australian Cancer Council website for ease of reference and they confirmed this uncertainty.

“We do not know all of the risks and causes of cancer. However, there are a number of chemical, physical and biological agents that have been shown to trigger the mistakes in the cell blueprint that cause cancer. These are called carcinogens and include tobacco, ultraviolet radiation and asbestos…..Cancer can sometimes develop without any specific causes.”

Interesting to note that the Cancer Council explicitly stated that “cancer is NOT caused by injury or stress.” They did put the word NOT in capitals for extra juicy dramatic effects.

I thought that was interesting given that the Cancer Council acknowledged that they don’t know all of what causes Cancer!! I am not a Cancer expert or a doctor,  but I just know in my own body what causes me to feel ill at ease because I can experience the sensation physically of being unwell in my body.

For instance, if something desirable and pleasing happens I feel wonderful sensations and am ecstatic and enjoy optimal health. Few of us make appointments to see doctors if we are enjoying optimal health. We generally make appointments when we feel something is not functioning right or we want to check up just in case some invisible things which are flying under the radar are caught before we notice them.

Stress, and it’s cousin fear, are silent but deadly. To illustrate a case in point I offer an extract from an interview I conducted in 2018 with Gary Ramsey, a New York based Opera Singer, Head of Voice and Speech at Neighborhood Playhouse School of the Theatre, Alexander Technique Facilitator, and Author of Bliss: One Hero’s Journey.

“Before cancer my life was absolutely terrific. I had been having an incredibly good time with my work at the Neighborhood Playhouse and my career as an opera singer. I had recently gained respect and recognition from my operatic singing and was loving my very busy schedule. Unfortunately I was also burning my candle at both ends because I did not want to disappoint anybody or to say no. I strove way too much to do a great job in my double life. I believe that the strain and constant stress greatly facilitated my cancer to make its award winning appearance. In the end I inadvertently opened the door to cancer and welcomed it to walk into my life.”

Gary Ramsey, Author of Bliss: One Hero’s Journey in a 3 Part Exclusive Interview Series with Anita Moorjani and Colin Quinn for

How Gary conquered his Cancer is that he consciously chose not to allow fear to overwhelm him with this grim news of his deadly diagnosis of his tumor and Cancer. Instead, he applied the best solution possible that any person can do no matter what hideous or unpleasant circumstances one faces and that is to accept what is happening.

There is something very powerful about accepting whatever is happening to us even if we do not choose unfortunate things to happen to us. Acceptance is an opportunity that simply allows us to choose how to go forward.

In a way, unfortunate things we do not choose can be viewed as the universe leading us towards our greater purpose. Tragedies can be a blessing in disguise. We can choose to take those unfortunate events and transform them into something else which holds authentic currency for us.

Acceptance can therefore manifest as being a very powerful tool for conquering fear for few of us would choose to intentionally and willfully invite disease, injustices, and unfortunate events into our lives, not if we truly considered the consequences of our actions.

We cannot control everything that happens to us which is not to our liking but we can do something about how we choose to perceive those events as a part of our reality or the cards that the universe has dealt to us.

Gary for instance with his own Cancer journey chose to transmit love towards his tumor and he transmitted that love energy into his body and then extended that transmission out to the universe. One thing led to another for him, and then to another, and as long as he was in tune with what felt right to him, the universe just supported him because that is how it was meant to be for him.

I believe in actions which support self-love and this is a theme, one of many, which is very much supported by Gary Ramsey’s book Bliss: One Hero’s Journey.

Anita Moorjani also discusses this concept in her book, “Dying To Be Me.” Anita Moorjani who had a NDE (Near Death Experience) was instrumental in Gary’s own journey through his Cancer.

“When I first heard Gary’s story, I knew it was a story that others needed to hear and that is why I invited him as a guest on my radio show. It was a story of hope and inspiration and not allowing fear to run his life when diagnosed with a rare cancer that could kill him in an instant.”

Anita Moorjani, Author of “Dying To Be Me”, in a 3 Part Exclusive Interview Series with Gary Ramsey and Colin Quinn for

To read Colin Quinn’s equally wonderful interview about Gary’s Cancer adventure and his own dance with a heart attack follow the link provided.

Colin Quinn, Comedian, Author of “The Coloring Book”, in a 3 Part Exclusive Interview Series with Gary Ramsey and Anita Moorjani for Pizazz News on 7th November 2018.

Acceptance and love are powerful tools that can conquer fear. Accepting unfortunate events can lead to blessings in disguise. Love heals, and it is truly the most powerful frequency a person can transmit unto themselves and emit and pour out into the universe. I believe the more we engage with this intangible and infinite energy source the more purposeful and personally rewarding life can be for every one of us.