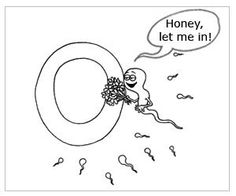 I dedicate this little nugget of writing to the *imaginary happy couple* who are total figments of my imagination.

This writing is all fiction and purely for my own amusement. It has no other purpose or intent. I share it on the off chance that maybe someone reading this actually knows a couple like this, which I of course do not.

But if I did, it would only be in my imagination, and I imagine the female half of the imaginary happy couple might say something like, “Hey honey look at this, do you think that bitch Natasha Stone is talking about us?”, which would be hilarious, in my imagination, as I have made it all up. I hope you enjoy it.

Penelope was in her late 20’s but her days were numbered. She was quickly approaching that ghastly biologically desperate age where she imagined her mucus-like eggs were drying up and deteriorating rapidly.

She was an overly enthusiastic proud career woman; but lately she had been acutely observing her single female friends as they coupled up and pushed out, or had someone yank, baby after baby.

Being competitive in spirit, Penelope hadn’t even had one baby. This made Penelope feel sad.

“Oh dear,” said Penelope sadly to herself as she looked in the mirror at her non-pregnant tummy, “perhaps it is time I looked for a man to settle down with and have a baby.”

No sooner had she had that thought when she met Richard, otherwise known as Dicky. Dicky had already fathered two children, both of which were living in tropical Hawaii with their mother, so Penelope was a lucky girl for she could have Dicky all to herself!

Dicky didn’t want anymore children but he realised that if he didn’t marry Penelope and have children with her she would be heart-broken, so he and Penelope married.

However,  after the wedding and magical honeymoon, the couple had problems conceiving because Dicky had a low sperm count and complicated sperm. In truth, the doctors said it would be impossible for them to conceive because Dicky’s swimmers were not swimming properly; they were either drowning because they didn’t know how to swim or the ones who did know how to swim were swimming in the opposite direction in relation to Penelope’s eggs.

“Why can’t my swimmers just swim properly Penelope? Why are they doing backstrokes, side-strokes and dicking about?”, said Dicky, in manly exacerbation.

Penelope did not know what to say to Dicky. She shrugged her shoulders, looked at Dicky square in the eye and said, “Everything will be alright Dicky, you’ll see.”

Despite her little white lie, Penelope the vixen was feeling fine and quite fertile as she had been tested and was told that she had well over a million eggs! The doctor told her that her eggs were in great condition and ready for activation, now all she needed was Dicky to perform his husbandry duties.

After Dicky heard the tragic news about his swimmers, Penelope could not help but notice that Dicky was not up to the task. She used her woman’s intuition to deduce that maybe Dicky was feeling a little bit sad and emasculated about his uncooperative sperm.

Penelope tried her best to cheer Dicky up but to no avail. She even down-played her one million healthy and viable eggs to Dicky.

“Its more like 800,000 eggs I’ve got Dicky because thousands have cracks and don’t work so that’s actually a statistically worse number than your swimmers and drowners.”

But Dicky wasn’t anywhere near as stupid as Penelope thought because he knew that he released millions of sperm, which were much, much, much more powerful than her meager 800,000 eggs, but this was a matter not about quantity but quality.

Dicky knew that he had to fix this problem because he couldn’t blame Penelope for this, so he decided that he would try to make a baby with someone else, perhaps finding someone on Craigslist, and then give the baby to Penelope because she wanted one so desperately.

Penelope was fine with that perfectly logical scenario when Dicky first told her – getting another woman to have a child and taking the baby away seemed like a terrific idea! It was after all HIS sperm and with that knowledge she pushed away any silly ideas that she was taking a child away from its mother. She would be the ‘better’ mother – even better than the hippie mother living in Hawaii in a polyamorous relationship with two men. Penelope was going to be the epitome of motherhood, no plastic diapers for her, only hand washed cloth nappies,  because she was just really well read and had a degree in Environmental Science.

Of course if Penelope ever did have her own baby that baby would be cursed by the ancient Gods when they grew up, but luckily for Penelope and Dicky, they didn’t believe in any kind of divine retribution because they believed that they made their own luck. They thought they could control everything.

As it turned out, the ancient Gods were watching all of this and having a laugh watching Dicky struggling to get aroused by Penelope. Penelope would sometimes wack on a great big black strap-on and give it to Dicky and the ancient Gods loved it. They loved it all, so much so that they intervened before Penelope and Dicky carried out their insidious Craigslist impregnation shenanigans and they blessed the couple with not one baby but Quintuplets!