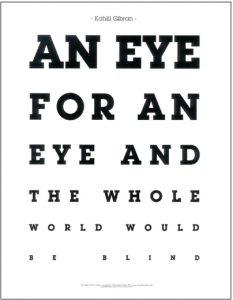 Karma can be imagined as a self-fulfilling prophesy. It is concerned with the idea that we ourselves contributed to manifesting a particular outcome for ourselves. This manifestation results from doing or not doing something we should have done or could have done that would have altered an event.  The event was undesirable, we caused it, and that action will trigger some kind of payback.

With just the right amount of verbal restraint, casually bringing up the word or concept of Karma is a socially polite way of wishing someone  that is loathed great misery or misfortune.

“You know what they say about Karma, what goes around comes around.”

Karma appears mysterious. It looks like passive aggression, but the intent is that one wishes Karma to come around so it can administer some kind of voodoo magic is clear.

Groovy Indian religions, Buddhism being one of them, cultivates and circulates this self-created boomerang effect of this intangible thing called Karma.

Karma appears kinder and has greater mass appeal because it is just framed in that way. Karma doesn’t have demons, hell hounds, swords, skeletons and other images we are programmed to fear.

Much nicer to conjure up the image of Karma, it fits well within our globalised, interconnected, fluid, gender less, wireless, bra-less, ball-breathing, theoretically democratic, civil society.

Jesus of Nazareth would not spiritually struggle to get his New Age – New Testament dad to get on board with the principles of Karma.

Retribution is astronomically punitive. God is the ultimate Judge and dispenser of retributive justice, not humans.

Fundamentally, retribution is concerned with exacting or extracting revenge for the sake of the victims, righting an egregious injustice, and damning ones enemies.

Everyone is punished equally for transgressing.

There is certainty in the concept of retribution for it is punishment that is equally dispensed for everyone who commits a wrong.

God is apathetic or doesn’t have the patience or inclination to listen to excuses as to why any of us sinned, how many times, or hear our painfully pitiful rantings about the extraordinary circumstances which cultivated our sinning.

“Let death seize upon them, and let them go down quick into hell: for wickedness is in their dwellings, and among them.”  KJV PSALM 55:15

Karma and retribution share similarities as both are concerned with cosmic mystical forces which are equally triggered by events in relation to a person’s actions.

Karma is petty gossip mongering which appeals to those interested in giving off the appearance that it has transcended passed anger, while retribution won’t take it’s eyes off the prize and unequivocally refuses to go home empty handed.