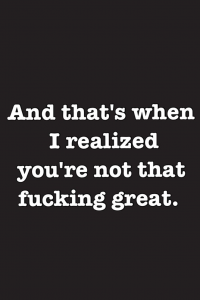 Read it or don’t read it, we don’t give a shit (REALLY)

“Together we make a team that can’t be bothered with all the ridiculous shenanigans around us.”

WARNING: If you are someone we don’t like in the real world then chances are you are going to HATE this – but that’s what you get for being a cow or some obnoxious or nauseating tool.
(I EAT MEAT AND I LOVE IT) 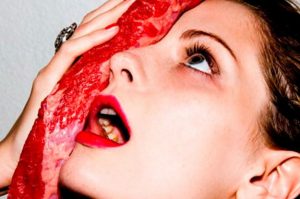 “People who make threats to stop talking to you.”

Cat: People. What can you do when you come across a person who always seems to pull out some excuse out of their sorry arsehole as to why they are acting like a fucktard? Well in my experience, and I am not a therapist, if you notice a person is always justifying their very poor behavior whenever you call them on it – it won’t get any better. They will just keep doing it because they are fucktards. Wish them a farewell and by all means, if they threaten to stop talking to you or threaten to remove you from their list of ‘friends’ on Facebook – gladly do it first and fuck them off. I am a positive thinker but that doesn’t mean I am going to enjoy being fucked with a strap on without lubricant – metaphorically speaking. Anything to add Bex?

Bex: Well that’s why I can’t be fucked even having that many friends, not many make it to the so called “inner circle” if you’re not on my side then you can fuck the hell off. I don’t care how long I’ve known you for, you are gone. I’m not sentimental about these things, If you decide to stick around and you “get me” then I guess you’ve got a friend for life, but cross me and watch the shit hit the fan, so to speak. Cat?

Cat: So don’t be someone else’s punching bag, eat meat, that way you won’t go mental and develop anemia, and remember – the word fucktard is not in the Oxford Dictionary but we the people had to come up with a word so crude and common because the dictionary is proper and some things in life – like a grade A fuckard is not proper and doesn’t deserve to be called a friend or anything else really.

Ree- Ree: I know some fucktards too. My cut off game so strong I be like, “damn I have no social life.”