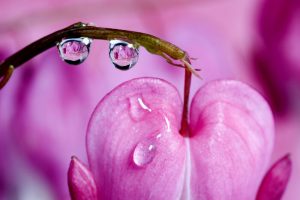 The Worship of Science

Science does not explain or solve everything and yet we live in a world which continuously supports the lie that it does. I am not against science but I am against the way science is worshipped and sometimes applied in our society. Science is regarded as a superior “truth”.

We inhabit a society which reinforces and conditions us to trust doctors. Medical advice is also recognized as expert opinion. In other words, an understanding exists where we have an expectation that when we go and visit a doctor, we can trust what a doctor tells us.

Have you ever had a doctor tell you that the advice they were giving you may be wrong?

It is neither my interest or intention to force my argument or view on anyone else, but merely generate a discussion. I do have an opinion on this matter and my view is that doctors and medicine are indispensable but not always dependable, and this is a concern for all of us, because we trust what doctors tell us. That’s the reason we go to doctors to begin with, to seek help and get advice, to get treated and become healthy. Why else would one go?

I cannot see an issue with any person expecting that their doctor can provide them with comprehensive and reliable medical knowledge and discussing possible avenues for treatment and maybe even referring patients to another doctor with more enhanced or specialist skills.

A doctor with specialized knowledge in a particular area of medical practice may probably know more than a doctor with generalist medical skills. And that is another area that concerns me because doctors rarely say, “I don’t know.” It doesn’t inspire a great deal of trust when we hear something like that.

The reality in practice can be that doctors don’t always admit that they don’t know the answer to the information we are seeking from them. Sometimes a doctor may have already arrived to a decision as to what to tell us, once they have identified and labelled the medical issue, to the best of their knowledge. That’s what they are trained to do. It sometimes can feel as though they are experimenting the drugs they are prescribing to us by telling us to come back to see how we are responding to the drug.

Perhaps more experienced doctors or specialists can provide more surety than that, and perhaps the treatment is not a simple one, but rather complicated and layered. How would a non-medically trained person even know if a doctor didn’t make the effort to explain it properly? And even if they did explain it to the best of their ability, how can we trust the information with absolute certainty?

If doctors do give advice, and that advice turns out to be inaccurate or flawed, then why can’t this inaccuracy or “wrongness” be part of the evidence and equally be considered and supported as a “superior truth”? Science, being science, is clever and strategic and can hide behind research that suppresses or limits all of the available knowledge. Statements can appear on findings, sometimes and unfortunately without the benefit of even looking at the data collected. A statement which won’t support a finding or a new piece of data may look something like this; “the evidence is not strongly supported”, or “the evidence is weak.”

That may be a valid truth. Another truth may be that just because the argument is weak or not supported by years and years of research, with thousands and thousands of suitable test cases,  it shouldn’t have to mean that the evidence doesn’t exist at all.

If insurance providers look for all of the facts in their assessment of risks as a “science”, particularly in relationship to factoring their premium costs and coverage, then why can’t citizens be afforded and presented with the same level of “science” by doctors?

There was a time in history when smoking was considered healthy and endorsed by doctors. Even now, cannabis, which was, and still is sometimes regarded as being a villainous gateway drug, has received more and more validity as a medicinal plant.

I also believe that what doctors tell their patients, and the manner in which they tell it, can have devastating effects. I find it particularly distressing to hear of stories where a doctor tells a patient that they don’t have long to live, and then the patient sees another doctor who provides an entirely different perspective.

We know doctors are not Gods but humans who can make errors. Errors exist, we all make them. Even doctors themselves know this when they have to fix another doctors mistake.

Isn’t it terrible to know about diseases or conditions which can be treated or managed but aren’t because a doctor failed in their duty to disclose all pertinent information? A person usually believes it when a doctor says “there is nothing that can be done,” but that is not always an absolute truth.

Gary Ramsey has written a book about this very topic based on his own experience when he was told by a doctor that he could “die at any minute”. His book is titled, “Bliss: One Hero’s Journey.”