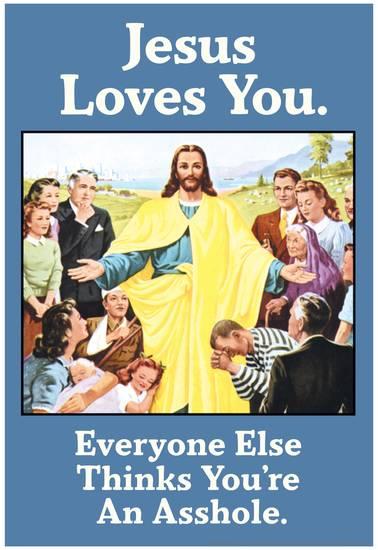 Topic: People Who Are Assholes Get Ahead in Life

People who are assholes act with extreme disregard towards others. It is intentional, it is a choice, and it is not accidental. Assholes should expect some form of rejection or retaliation. The asshole boss who no-one likes  should anticipate to receive a cup of coffee which has been spat into by some disgruntled employees.

People react and retaliate to assholes with rudeness NOT kindness. This usually shocks assholes because they don’t think other people will be assholes to them. They really are legends in their own minds.

Assholes can be anywhere and anyone and everyone can be an asshole but the assholes I am referring to are the ones that create enemies on purpose, that is a special type of asshole, a stupid one.

There is a significant gap in difference that lies between defending a principle or belief that one truly believes in and just acting with impudence or blind stupidity to deliberately piss people off.

People don’t appreciate being bullied or coerced into doing things they do not wish to do. Assholes have a tendency to not respect other people’s boundaries. They don’t act in reasonable and intelligent ways because they don’t have the capacity to think they might just be wrong. It is an insult to their fragile ego to entertain the possibility that they could be wrong.

What makes people stop being friends?

A grievance does not materialize out of thin air – some kind of asshole foolery went on. That’s what makes people stop being friends and also what causes conflicts and war. Someone acts like an asshole and pisses someone off and people end up losing their lives or the economy goes south because of asshole foolery. It isn’t a set of facts and figures or clever statistics – just some asshole being an asshole.

This is all commonsense but some people allow themselves to be brainwashed into believing that being an asshole is a gateway into greatness. Magical thinking is what many people sell to stroke an ego, but it isn’t real. It’s like the shop assistant who tells an annoying customer they look “great” just to get rid of them. You don’t want to be that annoying customer nobody wants and everyone is trying to get rid of.

People don’t love assholes,  I want to get this message across and be crystal meth clear, they love who the person is when they are NOT being assholes. But some assholes will test a person’s tolerance by acting like an even bigger asshole, which is stupid.

When it comes to assholes, I imagine the cult-classic “Human Centipede” was not a political statement at all as much as it was really a dig about some known assholes. That movie was personal, and a good one.

In conclusion to this asshole discussion, I’ll share a joke sure to offend someone if the bit above hasn’t already: