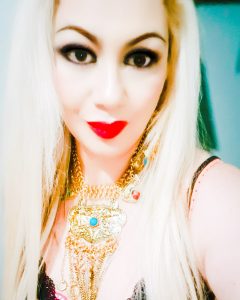 “Never apologise for what you feel. It’s like saying, sorry for being real.” Anon

People who are genuine and authentic are appreciated a great deal more than people who engage in lying and game playing. People do not like having the experience that they are being deceived.

Authenticity, the genuine article, is more valuable today than a copy or a fake.

This begs the question, then why is it that when people pretend to be someone they are not, they are actually liked for it? Because it is true isn’t it? When we behave or act in a way which is not true to us don’t we sometimes get liked for our false selves?

All I can say is that part of growing up and being an adult and dealing with other adults is that we do things we may not want to do or like to do for other people for their benefit, to make them happy, and this creates a circle of love, and all is well in the universe.

When everyone is pulling their weight and extending themselves for others, and this is reciprocated, everybody benefits.

However, this concept of extending ourselves for one another is one that requires negotiation. It is up to the people party to the negotiation to decide what they are willing and not willing to do for each other. It isn’t for one person to make the decision for the other or on behalf of others.

They say that honesty is the best policy,  and “they” would be more correct than not, because at the end of the day, people don’t value frauds. It’s not special to deal with people being fake.

If people expect to live and be part of a society that is a democracy then they have to pull their weight or, they can do what I do when I have enough, and get on a boat to go to an island. Isolation. The best thing about islands is people who live on them are doing the same thing you are doing, getting away from fake stimulation and distractions.

The world is insane enough and not necessarily always in a good way. To say we are not affected by the world around us would be like taking acid and saying that its not doing anything. It might not be doing anything in that very moment but give it time because it will kick in.

We prefer genuine people over fake people because genuine people tell it as it is. This takes intelligence and is not just about blurting out that one don’t like something. We see people do it on social media, you post something up like a tree and someone says “I don’t like trees.” Did I ask you? No I did not. I’m not getting you a tree so you’ll live. So stupid.

Or, another example, we see one of those posts that try to illicit a reaction or appeal to our sense of obligation or else we are horrible humans, you know the ones, the;  “If you hate cancer/animal abuse/people who rape bees you will share this post on your page. Type “YES” in the comment box below to show just how much you care.”

I find these posts painful.  There are far better ways to engage with people purposefully than this.

Having said that, while it is true that one can engage with people in deeper and more meaningful ways, one cannot make anyone like something they do not like. The best one can do is agree to disagree.

As this is my first article for 2020 I wanted to express the following sentiments; firstly, it is almost impossible to stop people being fake and annoying twats and secondly, being fake by putting aside one’s own genuine reluctance and just doing things for other people is more an act of compassion than deception. However, it IS deception if one is doing things expecting another to do something for another that they don’t know anything about!!! This is where we need to express our wants and negotiate instead of manipulating an outcome. Being authentic is not that easy because sometimes being honest can upset the applecart but it is better to be who one really is because people will either like you for being you or not and nothing one does will change that.