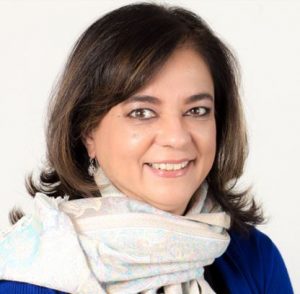 “Dying To Be Me: My Journey from Cancer, to Near Death, to True Healing.” 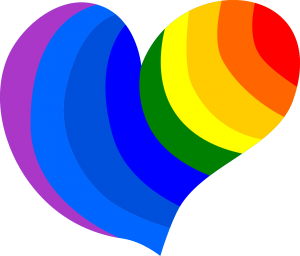 “Dying to Be Me: My Journey from Cancer, to Near Death to True Healing” 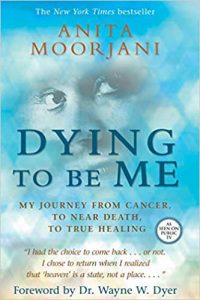 Anita’s story about her spontaneous cancer recovery is real. It adds up completely and is regarded as a medical mystery. Anita Moorjani was diagnosed with Lymphoma; cancer, on April 26 2002. She chose to pursue what can be described as unconventional therapy; unconventional in the sense that it was not chemotherapy. It could also be described as holistic medicine, or a wonderful assortment of Eastern Fusion Treatment. Anita Moorjani embarked on her own quest to heal her cancer, a journey that extended over 4 years, before she was admitted into a hospital, fell into a coma, and had a Near Death Experience (NDE). The book I am reviewing is titled, “Dying to Be Me: My Journey from Cancer, to Near Death to True Healing”. This is the book that gifted Anita with the honorary title of, “New York Times Best Selling Author.”

Anita Moorjani’s story covers a series of events that occurred during her NDE experience; which she recalls rather explicitly, vividly, and expresses fluently. Anita has stated numerously that she was aware of everything that was happening around her; she could hear and see, and at the same time that she was in a coma, she was also cognizant of the fact that she was being drawn into, and enmeshed, into another realm.

She has unintentionally baffled the medical community. What is interesting about that is that no-one in the medical community can explain why she is alive and how her cancer completely disappeared. What happened to her cannot be explained by science, that is what the science is saying. This is a person who’s organs had shut down. She had copious amounts of fluid flooding her brain and lungs, and multiple large tumors which travelled all the way from the base of her skull to below her abdomen. The physical condition she was in was captured through MRI. After having her NDE and waking up, her body began to miraculously heal itself. Within 4 days 70% of her cancer was gone and within 5 weeks she was cancer free and released from hospital.

The “dying” aspect in her book takes place within a 30 hour window. Within that time-frame is what I can only describe as juicy, nail-biting stuff.  Her Near Death Experience (NDE) must be read to be believed. I don’t want to ruin that part of the story for anybody; Anita explains it all quite beautifully in her own words with detail and clarity in her book, “Dying to Be Me: My Journey from Cancer, to Near Death to True Healing.”

The Foreword was written by Dr. Wayne W. Dyer, an internationally acclaimed author, speaker and motivator, who left the universe a little more enlightened, aware and loved. He believed in Anita when he read her story and through divine serendipity, or synchronicity,  he encouraged her to write her book and facilitated her publishing through Hay House.

Part 1 of her book contains the Prologue and 6 Chapters. The journey of her life story begins in Singapore. But don’t expect to stay there forever because she will take you around the world. Except Antarctica, though it is possible that Antarctica is part of the story too, because as she later tells the reader, we are all connected. So if you haven’t read her book I bet you didn’t think it was going to be an adventure story too, but it is a real adventure story; covering Singapore, Sri Lanka, Hong Kong, India, China, Dubai, the UK and the U.S. In Part 1 we learn about her life, her family upbringing, what schools she went to, and her first engagement. It was an arranged one, which she ended, and that ending led to her meeting someone more in tune with who she really is and marrying him, Danny Moorjani. This part of the book, and the events leading up to it, are pure sugar, ‘love at first sight’. It’s in Chapter 4 titled, “My True Love.”

The newlyweds make a beautiful life together for  6 years before the turn of events that transpired on April 26, 2002 where Anita was delicately informed by a doctor that she has lymphoma, a form of cancer. She is advised about chemotherapy and chooses to explore other options. The next part of her book takes us on a journey where Anita researches and engages in holistic health and Eastern healing practices over a period of 4 years.

Part 2 is aptly titled, “MY JOURNEY TO DEATH….AND BACK”

“I BECAME AWARE THAT WE’RE ALL connected.”
Anita Moorjani, “Dying to Be Me: My Journey from Cancer, to Near Death to True Healing”,
2018, 8th Edition, Hay House Australia Pty, Ltd, 70

There are 8 Chapters in Part 2 which explicitly detail her remarkable Near Death Experience.

Chapter 7 is where Anita is rushed and admitted into a hospital in Hong Kong. She is seen by an Oncologist. Many things take place from this point on as the reader is drawn into a medical world, one with twirling Radiologists and noisy MRI’s. An overly anxious tension dominates the atmosphere which contradicts Anita’s very groovy Near Death Experience.

The following is a list of Chapter titles in Part 2.

Loving and Accepting Yourself

Part 3  is soul food. When you get to Part 3 just allow the ABUNDANCE of ideas that are flowing through the words, and weaving a loop in and out of the sentences, to go through you because it is all pretty mind blowing. It couldn’t be anything other than mind-blowing. Look out for, “Infinite Selves and Universal Energy” and prepare to be exposed to “Parallel Existences”.

P.S: This is NOT a Negative Book about Death!

Not too long ago death was something I thought of as being the ultimate “negative” topic. Like most people, I knew it existed for all of us, but I certainly did not want to actively tempt fate to hurry my end. No desire whatsoever to lead the Grim Reaper on by teasing him with my newfound fondness for “death-like” literature.

I can now safely reveal that no Exorcist-like shenanigans/ Satan-like evil’s has befallen me since reading, “Dying to be Me”. This is not what I would describe as a negative book.