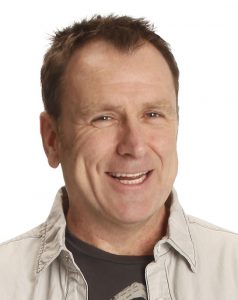 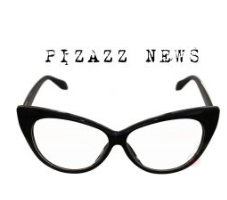 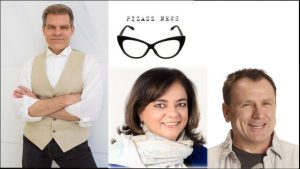 You have known Gary for 15 years and you wrote a stellar Foreword for Gary Ramsey’s book, “Bliss: One Hero’s Journey”. In Chapter 5, Gary tells the reader that you are the last person who he must inform of his cancer and tumor. You caught up with Gary, the night before he was flying to Mexico.

That night also happened to be the opening of your new film with Amy Schumer, “Trainwreck”.

For anyone who hasn’t seen “Trainwreck”, Colin Quinn acts in the role of “Gordon Townsend”, Amy’s father.

The story goes, according to Gary, that you drove Amy Schumer batty with your constant reference to “Gary Ramsey.” You did the same to Jerry Seinfeld who you have also worked with, only he didn’t think that Gary even existed until you introduced him.

This was “your night” so to speak, and Gary wanted your blessing before he went for his treatment at Sanoviv. What were your honest thoughts and feelings when he told you his news?

I run into many young actors who’ve worked with Gary from the Neighborhood Playhouse and it’s like a secret club. We all scream with delight when we realize we all know Gary and his work. We talk about what Gary means to our lives and our performances. He’s really a healer and I don’t use that term lightly.

The night Gary told me I was devastated because I couldn’t believe that a man who lived as healthy as he seemed to would get such a ferocious disease. All the clichés of the good die young etc came into my head. But he was remarkably calm about it all. And so I had a lot of faith because I knew him and I thought if anybody knows their body it’s Gary. And it was of course surreal that this was happening around the “Trainwreck” premiere like one of those movie scenes where everybody’s having fun and they close up on two people who are devastated.

As far as driving Amy and Jerry crazy with Gary’s name all true. In fact this summer I was with Amy and Jerry in Spain for a week and them and all the people there got to hear about Gary to the point where Amy put a two Gary a day limit on me! All true!!

Here is a very endearing interview you gave with Seth Myers in Late Night.

“Colin Quinn complains about people critiquing his clothing and explains the disappointing aftermath of surviving a heart attack.”

Heart-attacks and perceptions of living and dying; is this something you would ever want to write about and/or perform?

As far as dying and the afterlife I talk about it in my act, sure.

Apart from Gary Ramsey, his book, and this interview, do you enjoy talking about death?

I didn’t have the experiences that Gary had so for me it’s not as tangible yet and so I’m not as deeply in it as I would be otherwise. But I definitely am cautiously hopeful of an afterlife – even though I want it to be filled with all the things I like.

What is Colin Quinn’s idea of the after-life?

I can’t fully escape the clouds and the white sheets and pillows and robes of childhood.

Thank-you so much for your beautiful energy Colin Quinn, it is a delight to have you on Pizazz News. I send you much love and many blessings.