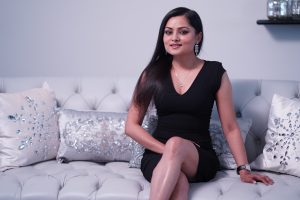 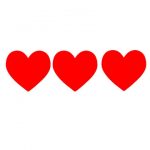 How did it come to be that the heart is a symbol of love? 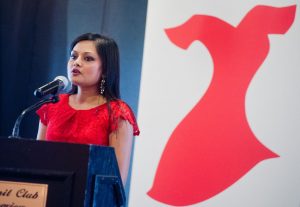 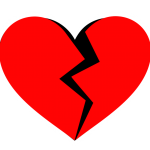 Can a heart be broken?

Yes a heart can be broken. There is a condition called the “broken heart syndrome.” It can occur in both men and women and is most commonly seen in the setting of extreme emotional trauma. For example, the death of a loved one, going through a divorce or a heated argument. The medical term for it is “stress cardiomyopathy.” Typically, it clinically presents as an acute heart attack. Patients have chest pain and SOB. It mimics a heart attack on ECG with ST segment elevation. Patients usually also have abnormal lab results with elevated troponin level, it is an enzyme that is usually released in the setting of a heart attack. The difference between broken heart syndrome and an actual heart attack is that unlike a heart attack, broken heart syndrome doesn’t have a blockage in the heart. Instead, the heart dilates and the heart function diminishes significantly, causing heart failure as a result of the stress. It is treated exactly as a heart attack. Patients are initially treated with aspirin and blood thinners and taken to the cath lab for an emergent cardiac catheterization. The diagnosis is usually made  in the cath lab after verifying that the coronary arteries are clean and there are no blockages. The long term treatment for it is that of heart failure with medical therapy and close monitoring. If the patient does not recover their heart function above a certain critical value after a few months of medical therapy, they ultimately require an automated implantable cardioverter-defibrillator (AICD) placed in their heart to reduce their risk of cardiac arrest. 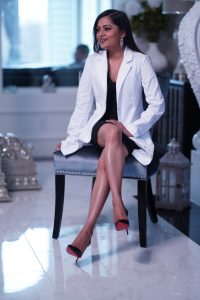 How do you explain the phenomena of heart transplant patients who emulate the traits of their heart donors?

Do patients emulate traits of their donors after heart transplant is an interesting question that is asked by many. We do not have any solid evidence that it does. There was a retrospective study done on this topic in Austria in 1992. They observed and interviewed 47 patients over a 2 year period who had received heart transplant. Out of these patients, majority of them (79%) said they did not experience any changes in their personality. 15% stated they noted a change in their personality but not emulating traits of their donor but rather it was a change due to the mental and emotional trauma of the process itself and only 6% stated that they experienced personality changes emulating that of their donor. So based on this study, we can say that there is not a direct correlation between heart transplant and having a change of personality to mimic that of the donor. 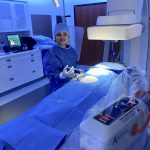 Can a heart be full?

A heart can certainly be full either of emotion or blood that it’s not able to pump out fully because of heart failure. The major job of the heart is to pump blood out to the rest of the body and when the heart fails, the heart muscles are weak and dilates and is not able to pump as efficiently, causing blood to be retained in the heart.

How might a person know if they have a healthy heart?

One of the most important determinants of a healthy heart is a person’s functional capacity and whether or not they are having symptoms. If a person is not having any cardiac symptoms such as chest pain, shortness of breath, fatigue, palpitations, swelling in their legs, dizziness or passing out and are able to carry out vigorous activity with good endurance, it is fair to say they have a healthy heart. However, if they have risk factors, they should still have regular check ups by their physician. 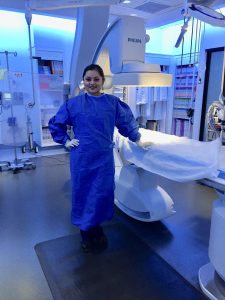 What helps keep a heart healthy and strong?

Heart disease is the number one killer of both men and women worldwide and yet 80% of it is preventable. One of the most important prevention mechanism is through lifestyle changes, specifically healthy diet and exercise. A healthy diet is imperative to having a healthy heart and exercise is just as important. There are many diets out there but the one I’d recommend is the Mediterranean diet because it has been proven to reduce heart disease. It basically means clean eating with fresh foods and focusing of more vegetables, fish and chicken, whole grains, less red meat, less fatty foods, less carbs, avoiding butter and using olive oil instead, baking and grilling and not frying. Exercise is important. We recommend 30-45 minutes of vigorous exercise a day for at least 3-5 days a week. 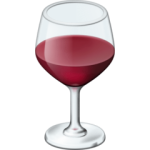 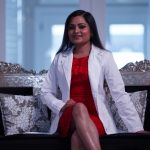 In the past, there were some thoughts that red wine may be good for the heart because it was thought to have some benefit in the atherosclerosis cascade of plaque formation that leads to blockages in the coronary arteries of the heart. However, this benefit is so minute compared to all the other detrimental effects  alcohol has on the heart and other organs that the harmful effects outweigh this small and negligible benefit. There was a very large-scale study done recently involving several million people looking into the effect of alcohol on the heart and the study concluded that no amount of alcohol is good for the heart.

How do you know if you have a heart problem?

You will have symptoms such as chest pain, shortness of breath, palpitations, swelling of legs, fatigue, reduced activity tolerance, dizziness, passing out spells.

Why do more women then men die from heart related matters?

I think it is multi-factorial and a lot of it has to do with the fact that much of it goes unrecognized in women due to various reasons. Women can have different symptoms compared men. Men tend to have more classical symptoms that are easily recognizable and are usually taught in text books. Women can have totally different symptoms that can be overlooked by even medical professionals. In the setting of a heart attack, women may not have chest pain at all. Instead they may have atypical symptoms such as indigestion or sharp pain or anxiety type of symptoms that are not easily recognized. Also, culturally, heart disease has been associated with men more than women and as a result women may be taken less seriously. It can also be due to delay in seeking care. In a recent study, it was shown that on average, women delayed care by 37 minutes, which is a lot in the setting of a heart attack and can make a difference in morality rate. 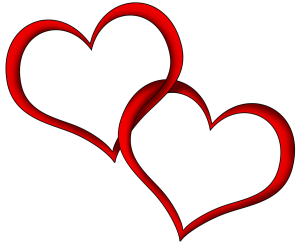