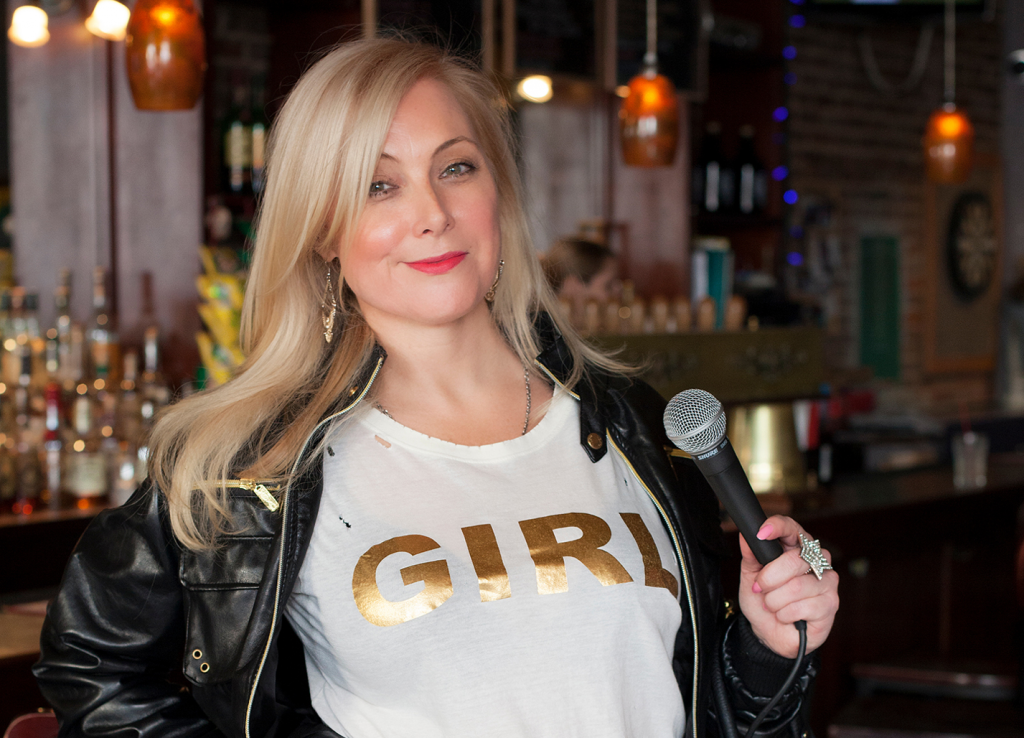 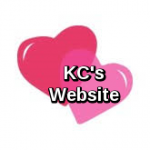 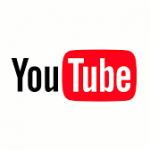 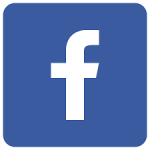 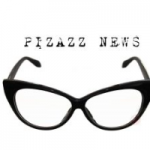 Kendra Cunningham is a Nordic comedic Goddess. She has a super sexy husky voice with a beautifully twisted Boston inflection. Kendra’s artistic comedic skills are broadly intelligent, intuitive, and sophisticated. Her talents have not gone unnoticed; she has performed at Montreal’s Just for Laughs Comedy Festival, Glasgow Comedy Festival, Boston Comedy Festival and the Palm Beach Women’s International Film Festival. She has hosted and performed at some of New York’s finest venues and recently performed a one woman show titled, ‘This Could Be You,’ at the legendary cabaret club “Don’t Tell Mama.”

Kendra has real stage presence and connects with her live audience. She holds a Masters in Forensic Psychology and bar tends. She understands the intricate workings of one’s inner bitch and does spitefulness brilliantly. I am a huge fan of her spiritual new work; “Spiteful Meditations”.

Ladies and gentlemen it is a pure delight to introduce Kendra Cunningham to Pizazz News. I am so delighted to have you join us on Pizazz News. Welcome!

Q: Swagger is a pilot which you currently have and are releasing for sale. What is Swagger about?

A: Swagger is about a comic who is contemplating taking a corporate job, a dramatic reaction to her financial frustration. It’s semi auto biographical.

Scenes from Kendra Cunningham’s original pilot, Swagger. The pilot script won Rhode Island Flickers Film Fest and was a runner up in the Austin Revolution Film Fest in 2016. Check out Kendra’s album Blonde Logic and her book under the same name, Blonde Logic.

Q: What is the project you are involved in “Dry Bar Comedy” about?

A: Dry Bar invited me to shoot a clean comedy special last year. I was really excited to shoot a special that challenged me to not swear or use sexual material. The special “On My Best Behavior” was released last week. The reaction has been more than I could have asked for with almost a million views on Facebook alone. 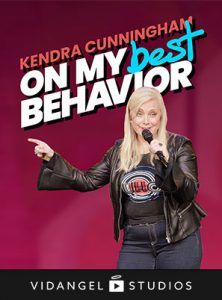 Q: Congratulations on your MA Forensic Psychology! What is the story behind Kendra Cunningham the academic and comedian?

A: If I could be a lifetime student I would. I love school. I love anything with a grade or concrete outcome. Comedy is the opposite. You can’t get an A in comedy or walk away with a Certified Comic diploma. It’s all subjective. I am constantly taking classes in NYC. I just took a Spanish class. Before that I took a storytelling class. I’ve taken homeopathic classes, belly dance, tarot cards, the list goes on and on.

Q: Your performance at Gotham Comedy Club was brilliant. The part about the Hairdressers and Nail Technicians – they are meant to make us feel better but it doesn’t always pan out that way. What has been your experience of people in the beauty service industry? Who really gets your goat these days?

A: Ahhaha funny you should ask, I went to get a manicure and the manicurist saw the color I picked and started laughing “You want to try this color?” she said laughing. “yes, I do” I said, not laughing. During the course of the manicure she confirmed with me three times “You want to try this color?” I wanted to say “unless there is another color you dislike more?” Don’t second guess my nail polish choice. It’s not good business practice. This is not a collaborative project. You don’t get an input. Now do you want to give me a manicure or not?

Q: You have written a book of comedic essays titled, “Blonde Logic” could you share one essay with us at Pizazz News?

How to Squash a Budding Relationship in 48 Hours or Less

First, have your own specific expectations that you keep top secret. This is integral. You must have a preconceived notion of how the next 48 hours should go, i.e. “he should call me ON THE PHONE and ask me a lot of questions so I feel like he’s interested. No texting.”

A nice old fashioned telephonic courtship is always a good way to set him up for failure. Or if you know he’s heading to the airport, you can hold tight to physically unrealistic goals ” He should contact me before six p.m. my time, and make a plan for this week not matter what his location may be. If he really likes me he’ll find someone else to spend time with his mother and do what is really important, spend time with me” .

The more your foreshadowing is based on fairytale like values, the better. This behavioral criteria is not to be shared with anyone, until the 48 hours is over and his actions have clearly shown you – he’s not the one. Then you can share your internal benchmarks as evidence of his inability to be chivalrous.

Next, clear your calendar. Make sure you have absolutely nothing to do for the next 48 hours. You will need every minute of every hour to analyze any data available whether it’s online or via word of mouth, start gathering info. What do people know about this guy? Don’t just take info at face value, listen to the cadence and tone of their voice as they say it. It’s usually the most important information that is only found between the lines.

Take liberties with interpretations. A “ I don’t really know the guy” can just as easily mean “ he’s a player but you’re a nut so I’m not saying a damn thing”. A “ I think he has a girlfriend” clearly means “ he’s hot and I want him so I want you to think he’s unavailable”. Nice try.

Make sure to have the phone beside you at all times. Check it constantly so every minute he doesn’t contact you, hurts. You want to prepare yourself for that final 47th hour when you have to throw in the towel and give up on this guy. Take the lack of contact as an emotional assault.

Escape reality. You’re starting to sense your sentimental speculation is waning. Take something. Wine. Tylenol PM. Ambien. Whatever you have. Sleep for as many hours as possible. Seriously, if you can sleep for fifteen hours, do it. Get as far away from the situation as possible without actually
leaving the house. He might stop by.

When you come to, check all means of communication. Scrutinize his Facebook page. He made a status update. Hmm he has time for Facebook but not for you. Your first fight is brewing. Now you’re starting to see the real him. The dickhead. The unreliable, self engrossed jerk. The side you couldn’t see through your veil of amorous projections.

Call a friend, bite your tongue and don’t mention how poorly your relationship is going. Play it cool. If she offers unsolicited information, listen but don’t respond. You don’t want to blow your “ I’m losing my mind” cover. No matter what, don’t believe a word she says. She might want him too.

Call it off. Enough is enough. You can’t trust this guy. He’s busy all weekend? Please! You’re calling the shots. Text him “ I got engaged!”. Make it seem like a mass text. Wait and see if this rude bastard congratulates you.
Knowing him, he won’t!
Go back to bed. 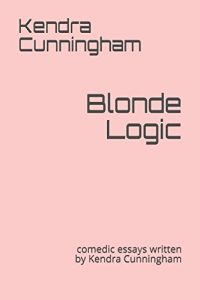 Amazon: Blonde Logic is a collection of comedic essays about food, body image, relationships, and family written by stand up comic/ comedic filmmaker Kendra Cunningham. You may have seen Kendra on Last Comic Standing or Nickelodeon or selling you beer at your local watering hole.

Q: I tried this mediation and it increased my rage. I did feel marvelous afterwards though and swear it works!! What prompted “Spiteful Meditations?”

This Meditation is for powerfully releasing unexpressed anger towards drunk adults Chicken Fighting at the quiet pool during your well deserved vacation.

A: Snake Eye is one of my favorites! I would love to do a funny film noir with a British Comedy bent to it. We just finished Snake Eye PI two and are submitting it to festivals now. The two characters have such great chemistry, we could make dozens of them or see it as a show.

Kendra Cunningham plays a PI approached by Vicky Kuperman playing a Russian sex pot with a sex tape on the line. A comedic exchange with an underlying nudge to the nature of female competitive nature

Q: You appeared on SNL, what was the experience like and what segment did you do? Is there any footage to share?

A: I wish I had the footage. I was “surprised girl” at a cook out where Bernie Mac was mad there was no hot sauce and Maya Rudolph had a purse that was solely designed to carry hot sauce.

A: I am just working on my goals and vision board for 2019 now. Sell scripts and show ideas is a front runner for 2019. Must make this happen.
I’m excited to work on new material for my second album that I will be taping in March/April.
I’d love to take my solo show to Edinborough.
Photo shoots! I love creating comedy from a single shot.
Longer length films. I’ve been doing under 5 minute shorts for so long. I want to do a feature film!
And of course travel with my family and my awesome boyfriend and some solo trips too!
Write write write
More self care!
Learn Spanish
Purge clothes.
Learn to sing!

Q: Can you share some quotes you find inspiring with us?

You create your own reality.

When people tell you who they are, believe them.

Say what you mean

Mean what you say

But don’t be mean when you say it.

Thank-you so much for joining me on Pizazz News – I love your work, you are a Rock Star! I am looking forward to seeing more of your fabulousness in 2019. Sending you much Love and Many Blessings.

Kendra Cunningham’s “Why’s Everybody Always Hitting On Me?”